Predictions for Earth 2050: How will cybersecurity change?

If you’re like me, having a long-term vision is a wonderful aspiration… frequently quashed by today’s more screamingly imminent ‘to do’ list. Five-year plan?  I’m still working on the next five days. But the next five minutes? That’s a no-brainer: let’s get immersed in the futuristic predictions for the world in 2050, and the evolving role of cybersecurity in it.

Cyber-immunity will intuitively protect our systems 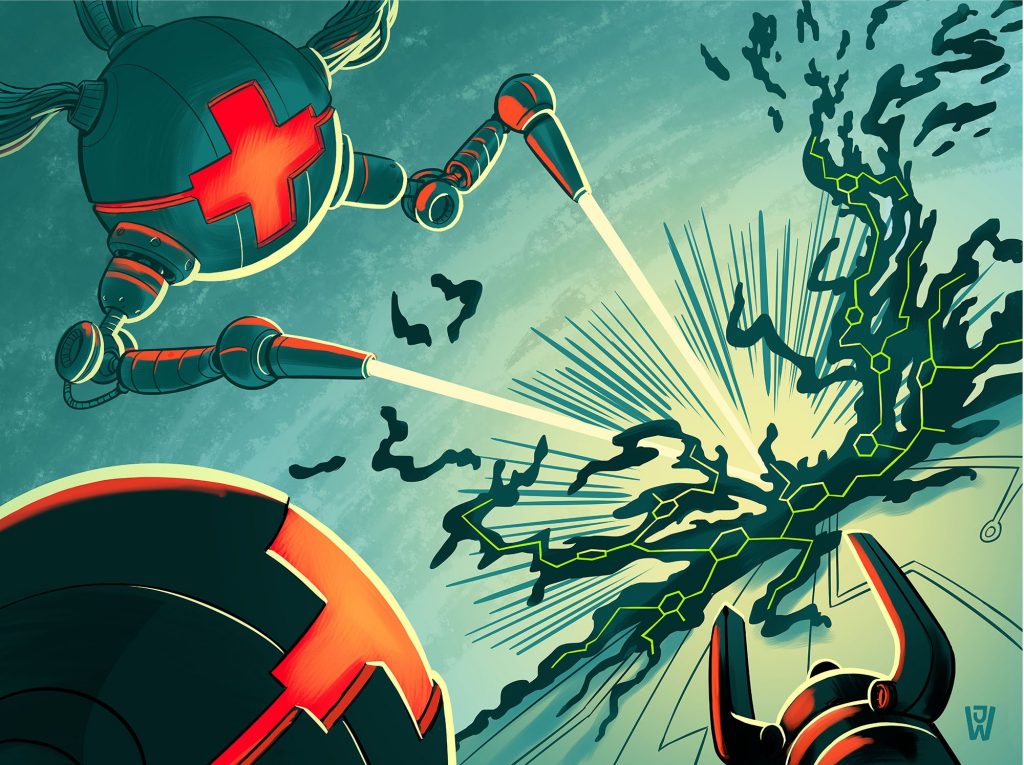 In 2050, digital systems have moved up to a whole new level. They’re no longer assistants making life easier for us mere mortals, they’ve become the basis of civilization – the very framework keeping the world functioning properly.

This quantum leap forward has generated new requirements for the reliability and stability of artificial intelligence (AI). Since the romantic era around the turn of the 21st century, cyberattacks are not yet extinct, but they’re now only a threat to outliers who reject modern standards of digital immunity.

The situation resembles the fight against human diseases. Thanks to the success of vaccines, the terrible epidemics that once devastated entire cities in the 20th century are now a thing of the past. But for humans, diseases of the past that wiped out millions – like the plague or smallpox – have been replaced by new, highly resistant ‘post-vaccination’ diseases. Fortunately, for the machines, life is better; the initial designers of digital immunity made all the right preparations by borrowing the systemic approaches of living systems and humans.

One of the pillars of cyber-immunity is digital intuition, the ability of AI systems to make the right decisions in conditions where the source data is insufficient to make a rational choice.

There’s no mysticism here: digital intuition is the logical continuation of machine learning. When the number and complexity of related self-learning systems exceeds a certain threshold, the quality of decision-making rises to a level that eludes rational understanding. An intuitive solution results from the superimposition of the experience of a huge number of machine-learning models, much like the result of the calculations of a quantum computer.

Digital intuition – with its ability to instantly, and correctly, respond to unknown challenges –has helped build the digital security standards of this new technological era.

The robot servants are uprising 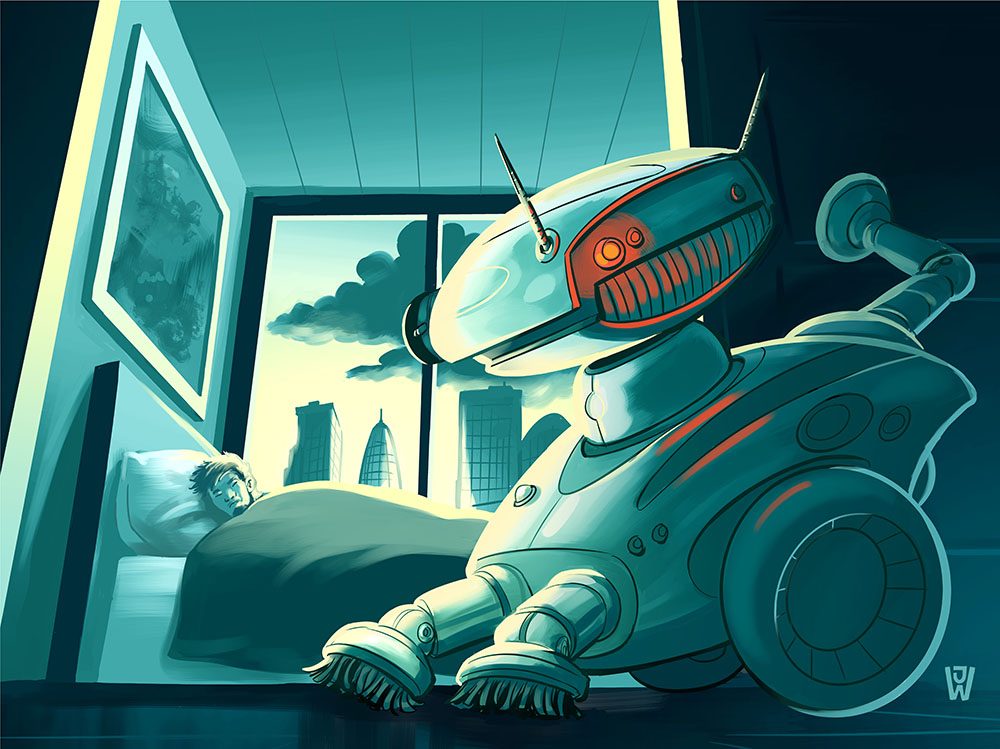 Busy workers rejoice! Help for your home is arriving. A robot servant will cook your meals, do your laundry and clean your apartment. These autonomous systems will be able to carry out many complex tasks using the processing power of a central intelligent system, and in tricky situations, they’ll switch to remote technical support managed by real people.

There will be mass attempts to hack these helpful robots by labor rights activists and criminals trying to blackmail their owners. Since the servants will all be equipped with cameras, microphones and sensors, they offer a unique viewing platform for home-based espionage. Expect compromises of the manufacturers’ infrastructure and the implantation of malicious code in devices with the aim of enacting, en masse, attacks that could be serious. 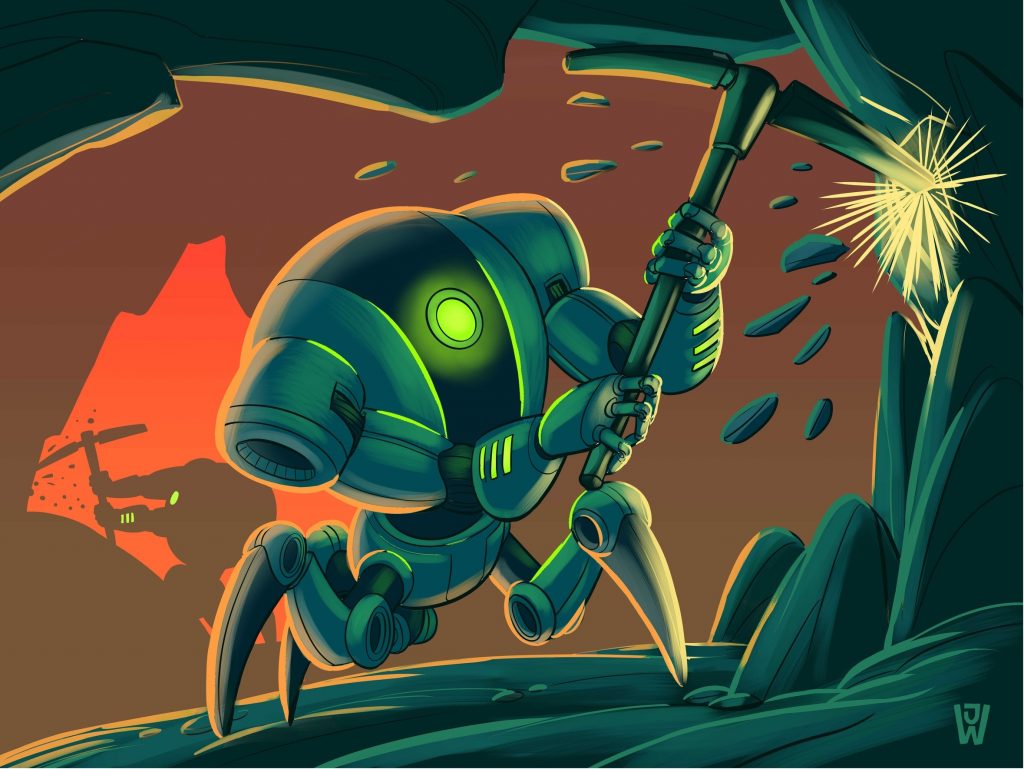 Mining is a fully automated process; people are not needed and former miners regain their health. One robot extracts rock from the soil, the second cleans it, the third guards the perimeter, while the fourth delivers the purified ore to industrial consumers.

A hacker who gains access to the system can reprogram individual robots so they take a small amount of the platinum ore to an unauthorized place. The guard robots are also hacked, so they’re unaware of this theft.

The big reveal of dynamic clothes 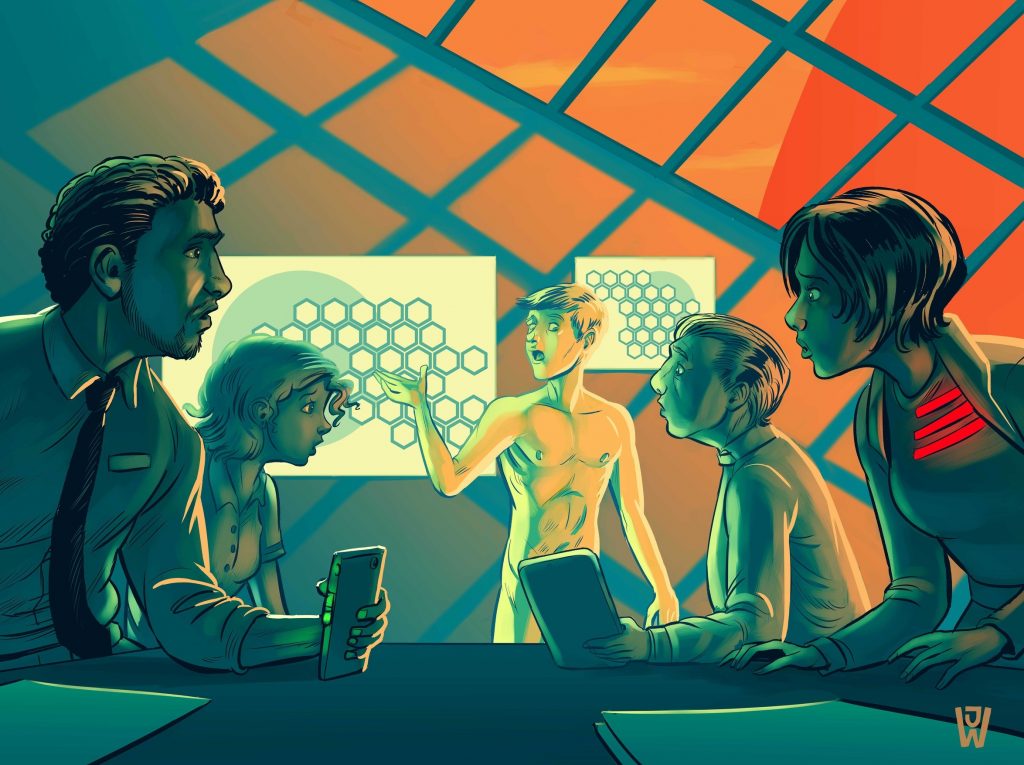 Dynamic clothing is à la mode. The fabric’s characteristics – color, pattern, lighting, transparency, and in advanced models, even the cut and length – can be automatically changed. Some people now wear shirts or dresses with variable transparency levels, which allows them to reveal more at any moment they choose. Few people ‘program’ their clothes by themselves; most enjoy free fashion patterns or, for the fashionistas, expensive programs from well-known designers.

Initially lacking security, the process of getting a smart clothing upgrade has led to the emergence of a new kind of extortion. “Heading to a business meeting, sir? Transfer 10 bitcoins to this account number now, or we’ll expose you!”.

The naked truth in the boardroom. Awkward. Not quite the transparency in business we were hoping to achieve in 2050. 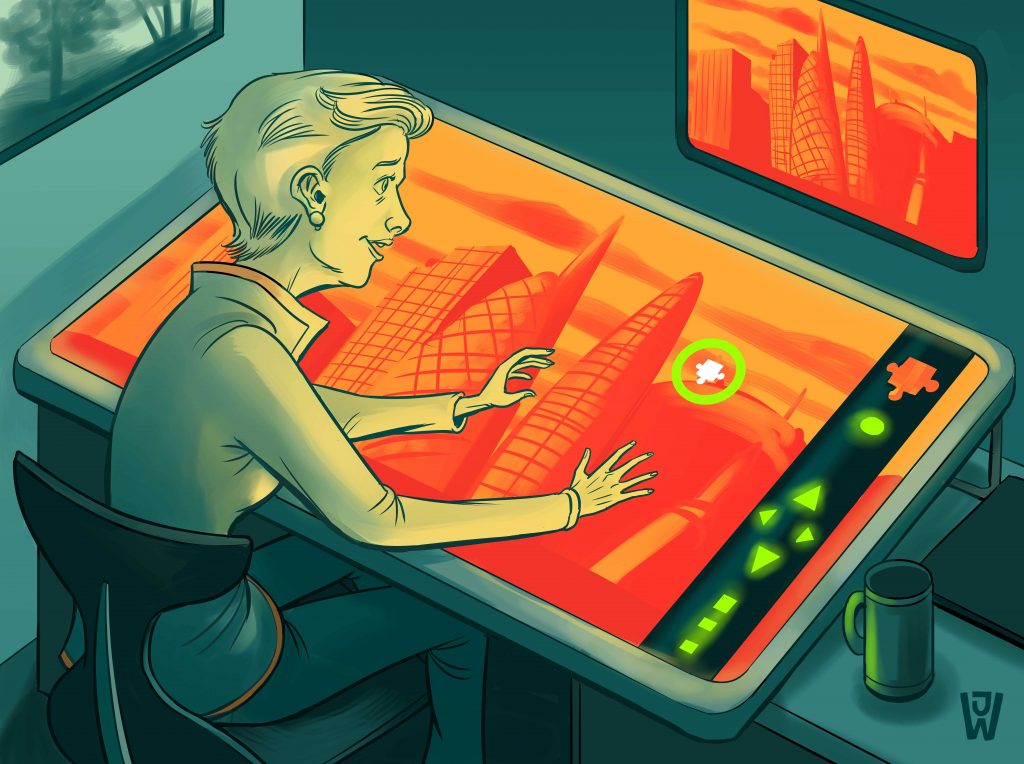 Cryptography is widely used in many spheres of online activity. It’s no exaggeration to say that the world will experience a huge shock if suddenly everything that’s encrypted today is unlocked.

How cryptography works: some operations can be easily carried out in one direction, but they’re very difficult to reverse. For example, an image can be quickly transformed into a picture puzzle, but to arrange all of the pieces back into the picture takes much longer. Modern public-key cryptography is based on this principle: I know two numbers, I have multiplied them and told everyone the answer. Now everyone can encrypt a message for me using the result of the multiplication, but only I can decipher this using the original multipliers.

There are already quantum computers that allow you to quickly solve problems that seem to be circuit-breaking for conventional computers, like how to de-compose a composite number. The only obstacle to the end of the digital world – let’s call it ‘cryptocalypse’ – is that quantum computers can only work with small numbers.

But by 2050, quantum computing will allow security services or master criminals to access universal decryption, and they may choose to do bad things with it. For example, if a villain steals your credit card, he or she will immediately know your PIN. The ability to decipher brings with it the opportunity to forge: an ATM informs the bank one thousand dollars are withdrawn, but the villain falsifies the message to say only 10 dollars were taken out. We will need to develop new safety standards – fast.

On the bright side, encryption helps with verification so you can be sure you’re actually on your real bank’s website, not a cleverly cloned fake, when you wire the ransom to keep your business suit from turning into your birthday suit. Phew! One challenge solved.

Visit Earth: 2050 to explore and vote for your favorite expert predictions and upload your own crystal-ball vision for the future.

Can the technologies that power our industries help build a safer and more sustainable future?

Susi O’Neill is the Editor-in-Chief of Secure Futures. She’s a seasoned creative who’s led business content programs for brands including EY, GSK and Unilever. Off the clock, she’s a musician and performer who gives international performances playing theremin, the world’s first electronic instrument from 1920s Russia.