You might think that roaring racecars and extreme speeds are forever locked behind a TV screen, but in reality, you encounter Formula 1 every time you sit in your own car. 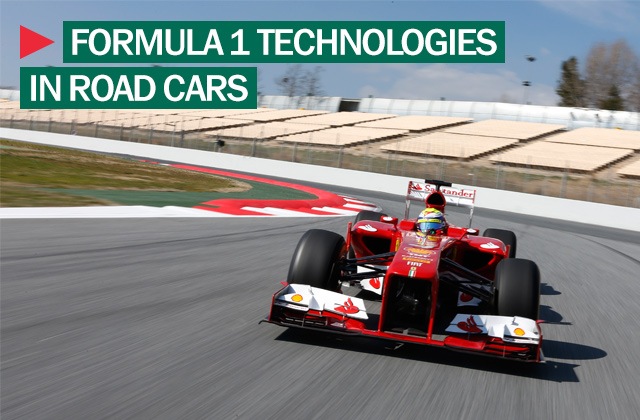 As the most expensive sport in the world, Formula 1 hires the best designers and engineers and uses only the laws of physics and the strict rules of the FIA to limit its creativity. Tons of innovations are tested on F1 racetracks and the most successful are eventually implemented into mass-produced cars. Here are some of the technologies that have appeared in your car thanks to Formula 1.

Semi-automatic gearbox. First introduced in Ferrari 640 in 1989, this innovative technology quickly became mainstream in the racecar because of the huge ergonomic improvements it provided the pilot; it finally made it unnecessary for drivers to remove their hands from the steering wheel while shifting gears. In the mid-90s, this technology was introduced to the road version of Ferrari cars, but now you can find familiar paddle shifts behind the steering wheels even in budget-friendly cars. 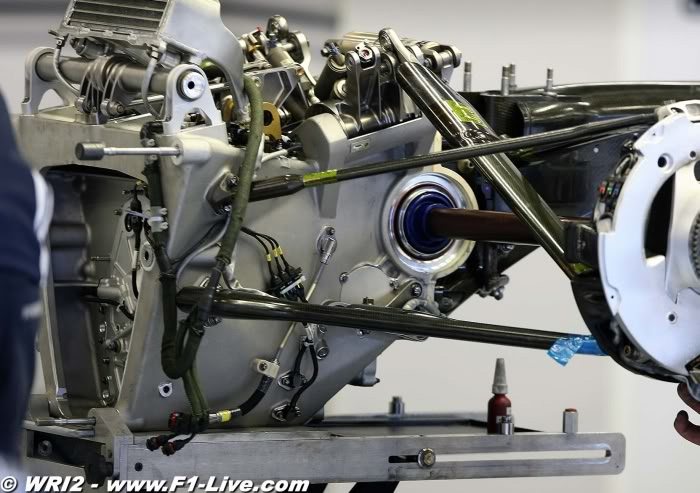 Kinetic energy recovery. Given that it was quite expensive and complicated, KERS hit a few bumps, but eventually became a compulsory part of Formula 1 regulations. This system allowed pilots to charge their batteries, accumulating energy during braking that was then used (up to 60 kW) during acceleration. The exact same principle is used in modern electric and hybrid vehicles, making your trips cheaper and more eco-friendly.

Carboceramic brakes. These types of disc brakes are similar to normal ones, which are made of steel. Modern materials allow for a decrease in the weight of the brakes and an increase in their heat tolerance. It’s still pricey, so you really only see this technology in luxury cars. Of course, since these brakes are safer, the maturation of technology will soon introduce them into mainstream cars as well. 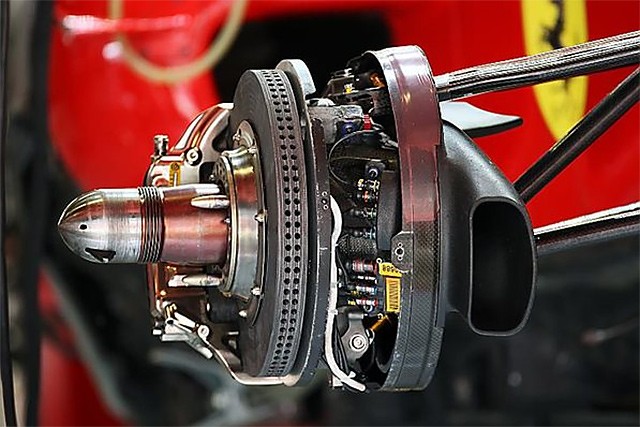 Traction control. First introduced by Ferrari in 1990, this system was prohibited from F1 because of its big impact on driving style; it used to heavily correct the pilot’s mistakes. Of course, these controls are well welcomed in road cars, and now you can see this family of technologies (ABS, ASP, ESP, etc) even in budget-friendly cars. Actually, it’s been obligatory in the EU since 2004. 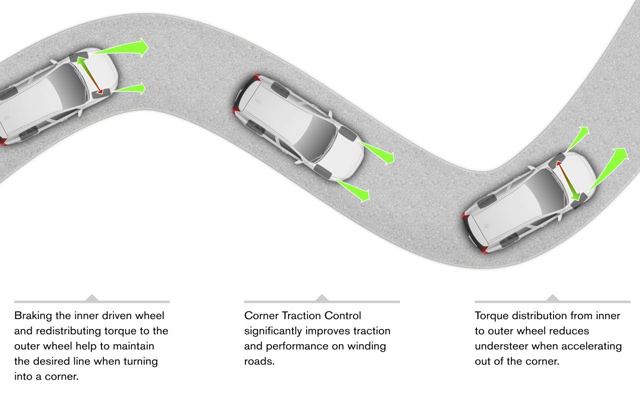 Aerodynamics devices. Aerodynamics play a key role in achieving and improving car performance, which is true both for racecars and road cars. While the aerodynamics of modern racecars is quite extreme, lessons learned in F1 are applicable to other cars. The main focus for Ferrari’s aerodynamic engineers has been increasing down-force and keeping drag under control. As the upper part of the car body is shaped in such a way that it generates lift (unless aerodynamic devices like dams, spoilers or wings are added), the only way to create down-force is by modifying the car’s underbody. This technology is used in some road cars like LaFerrari (aka F70) or F355. 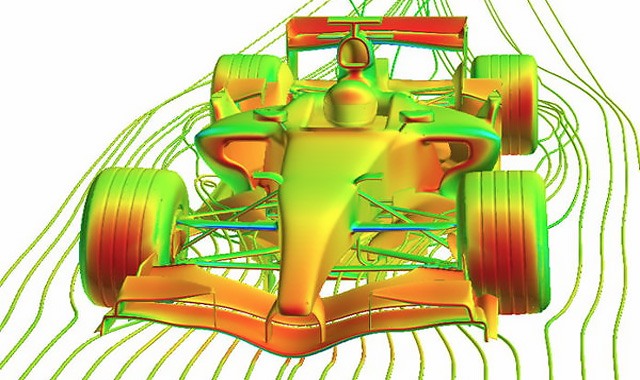 Composite monocoque chassis. The key element of a pilot’s safety in Formula 1 is a monocoque safety cell, which also forms the principal component of the car’s chassis. Monocoque chassis supports loads through its external skin, similar to a ping-pong ball. However, it is made from special carbon-aluminum composite, which is both extremely sturdy and lightweight. Now it is used only in high-end cars like Ferrari F70, but some day it will become mainstream and will be used in cars like Smart or Aveo. 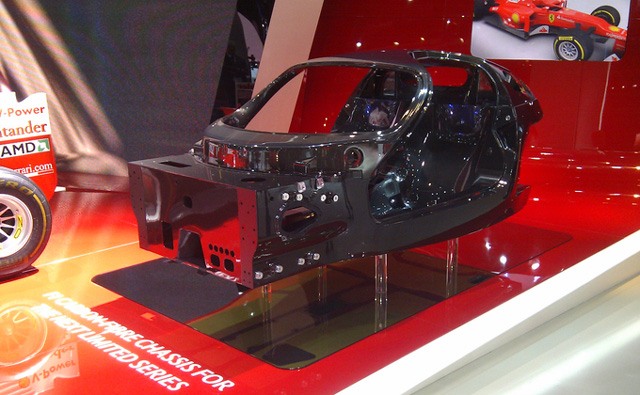 Controls on a steering wheel. Most adults still remember the time when their car’s steering wheel featured only one (huge) button – a honk. This luxury is unaffordable in F1, because a steering wheel is the only location for placing controls in an ultra-tight driver’s cocoon. Today’s F1 wheel features many buttons and knobs. Inspired by this example, road car manufacturers also started adding extra buttons to steering wheels. It started with buttons to control the car stereo, but eventually led to the development of additional buttons, typically used for controlling the onboard computer. There are other controls directly inspired by F1 too, like the Manettino control on Ferrari cars that allows drivers to manage the engine and suspension modes. 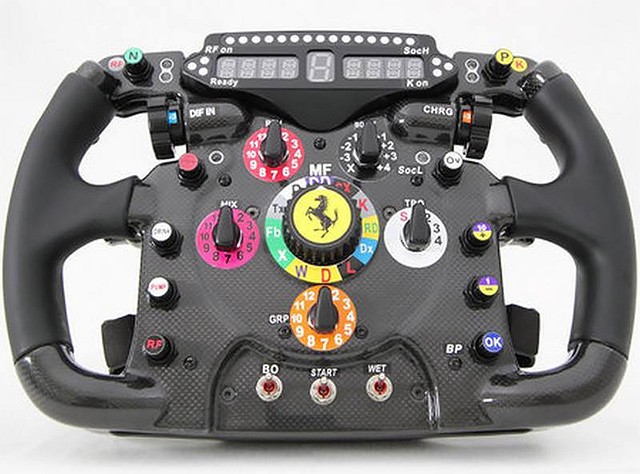 Telemetry. Behind the scenes of the F1 race there are dozens of computers that gather diagnostic information from the 250 sensors in an F1 racecar, mostly in real-time (a topic we will cover in a separate post). Mass-market implementations of similar functions already exist. Instead of driving to the service center and physically connecting your car to the special computer, you might ask for technical support and receive required diagnostics remotely. This function exists in some cars already. Is it convenient? Of course! Does it raise new questions? No doubt it does. First of all, it brings up questions regarding the protection of transferred data and the isolation of a car’s computer from potential hackers. For this reason, robust protection is required for both onboard computers and the server infrastructure of car manufacturers, which exist for such remote diagnostic purposes. For example, all Ferrari computers are protected with Kaspersky Lab solutions. Dedicated protection for cars still doesn’t exist, but it’s time to start considering it, as some news about possible car hacks has already emerged.

Infographic: Formula One Race in Sochi

If your children haven’t gone back to school yet, they’re about to. That means school lunches, riding the bus, and homework are the norms again. And homework, of course, means