What do you do when software asks to update? Do you constantly put it off or close the program?  If you do, then you should probably continue reading… 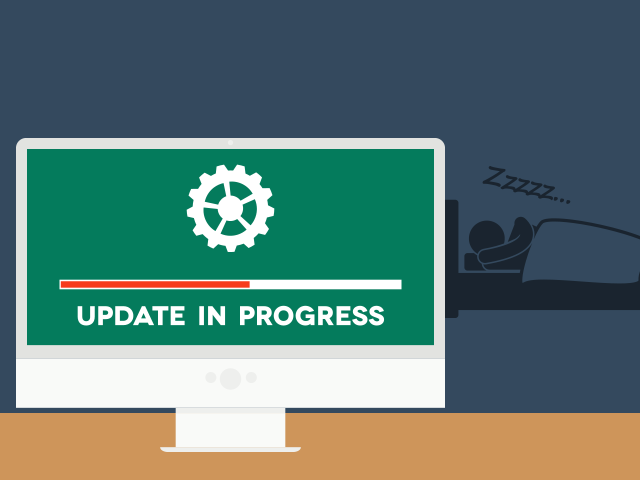 Many of us continually put of updating our systems despite knowing that it can cause problems if we don’t.  But why do we do this?  It’s usually down to the following reasons:

13% of respondents in a recent #survey said that #cyberthreats do not exist https://t.co/ZntYJdeElo

What’s also odd is that some of us happily update our computers at home, but ignore it when we’re at work.  This can be dangerous as not updating to the latest patch version or patch can leave holes in your system that an attacker could manipulate.

A good example is the Stuxnet virus.  Four years after the vulnerability was patched by Microsoft, there are still infected computers out in the wild.  The reason is simple: poor maintenance of servers and personal computers leave the virus free to roam.

One of the most important parts you need to keep up to date is your Operating System.  The second line of defence is your antivirus.  Keeping this up to date will ensure that any new or emerging viruses are kept at bay.

Even when it comes to so-called, ‘zero-day threats‘ a good anti-virus program will keep these out using something called proactive defence.

Update your #Kaspersky Internet Security to 2015 version — and it’ll keep itself up to date.

Experts at Kaspersky Lab consistently work to detect new threats and develop new security technologies to protect its users. As ever: all Kaspersky Lab updates are free to download and install and usually only take a few minutes to fully install onto your computer.

And if you’re running Kaspersky Internet Security 2015, it’ll update itself automatically in 2016 as well.  Who can argue with that?

Regin APT Attacks Among the Most Sophisticated Ever Analyzed

Nearly every organization in the business of tracking advanced persistent threat campaigns is talking about a new and highly sophisticated attack platform called “Regin” (pronounced: reɪ*ɡən – like the former