What do you do when your e-mail filters fail and you get a bunch of spam letters? Most probably, you delete, delete, delete without even opening them. Of course, that’s absolutely the right thing to do, but…we think after curiosity killed the cat, laughter brought it back. So we dug deep into some spam and found a few interesting things. 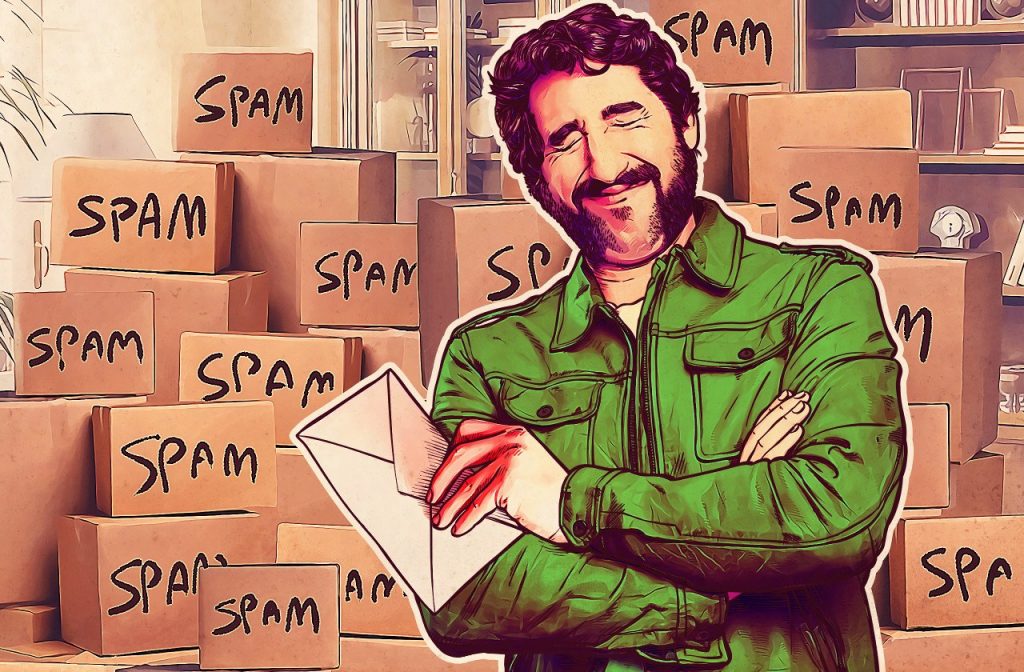 As you probably know, a whole lot of spam letters claim to originate from Nigeria, though usually this is not true. Despite Nigeria featuring in so many messages that this kind of spam was even named after it — Nigerian scam — the criminals behind them live primarily in the United States, the United Kingdom and, yes, you guessed it, Nigeria. The Ivory Coast, Togo, South Africa, the Netherlands, and Spain make up the secondary sources.

The funny side of spam

Usually spam looks like boring, cookie-cutter letters in which criminals promise to transfer millions of dollars to your account if you either send them a small prepayment or share your financial data. They are often written in poor language and in a very questionable way.

Cormac Herley from Microsoft Research thinks that the scammers aren’t interested in seeming believable; they are just looking for the most gullible victims they can, to maximize their profit. But sometimes their mails are very, very funny.

For example, recently criminals introduced themselves as a cousin of the first African astronaut, who was lost in space many years ago and needed $3 million to come home. The money was being held in a trust, but for some reason this cousin needed your assistance to get at it. 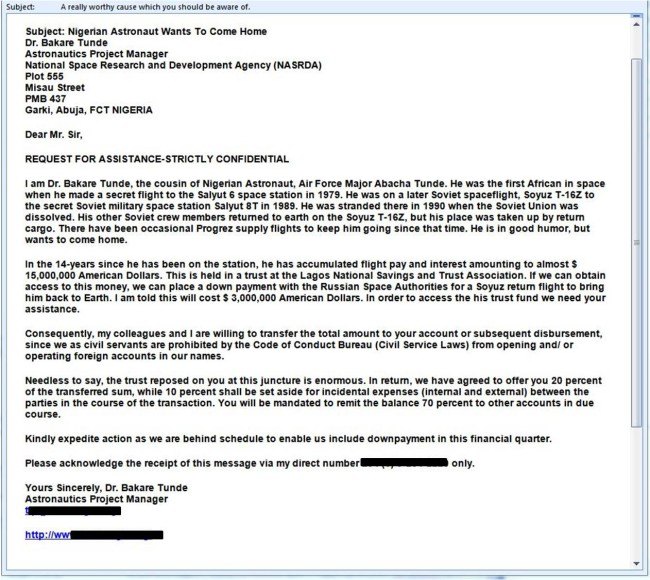 In 2012 spammers brought Daenerys Targaryen from the Game of Thrones series to life. “Dee Dee” asked for $520, a ship, and dragons to get back home. In return, she would make her benefactor a High Lord of Seven Kingdoms.

There were spam letters sent by time travelers and killer demons, psychics and men who were going to eat their dogs and kill themselves — any crazy plots a person might imagine, you can probably find spam about it. One of the latest messages a colleague of mine received was from a “lawyer” who wanted to send her a huge settlement from legal suits against…wait for it…bad Nigerian spammers. She was asked to provide her bank account information to receive the money. Nice try, guys, but no.

If you are a brave and cyber-savvy person, you might enjoy tricking the tricksters. Some people do it and get interesting results. For example, a security expert Troy Hunt answered scammers once and caught them red-handed.

Jon Brodkin from ArsTechnica even allowed a spammer to take control of his PC (on a virtual machine, of course) and install software. Surprisingly, he ended with a spare copy of Microsoft Office, and no viruses were sent his way. A lucky escape!

James Veitch, a comedian from London, has spent several years communicating with spammers and pranking them. Doing so he got Internet fame and acknowledgement. For example, the Sunday Herald described his work as “Tears-down-the-face funny. Topically brilliant comedy.” You can watch Veitch’s TED Talk to enjoy a funny selection of his hilarious correspondence with scammers.

Since we are on the topic of these spam emails let’s have some fun together. We’d love to see the spam emails you’ve received. Head over to our Facebook page and upload a screenshot to this post. We’ll take a look at all the images globally and incorporate them into a future Kaspersky Daily post. We’ll even give a special prize to some of the better submissions.

Mobile ransomware is on the rise. We discuss the most popular ransomware families, speculate on some statistics, and suggest the best means of protection.