Gabriel loves to play football (soccer!) and electric guitar, and he’s a fan of all things blockchain technology and the NFT ecosystem. But life hasn’t been easy for him: he had to leave his parents in Venezuela and immigrate to Spain, where he started working at Kaspersky in the middle of the covid lockdown. In this interview, Gabriel tells us about his journey to cybersecurity.

– Growing up in Venezuela, how was it? We often see news about the crisis in your home country…

– My childhood was good; I loved sports, and played football a lot with my friends. Both of my parents are petroleum engineers. They worked for the oil industry until the political situation started affecting us — both of them lost their jobs and we had it hard for a while. I had to keep getting excellent grades in school to get scholarship; it was quite tough.

After high school I decided to become an engineer like my parents, but I found that Materials Engineering was more interesting for me. Studying at a university isn’t easy during a bad economic situation. However, in 2018 I received my degree in Materials Engineering from Universidad Simón Bolívar, one of the most prestigious universities in the country.

– Near Moscow State University, where I often walk with my kids, there’s a memorial monument to Simón Bolívar. What should I tell my kids about him?

– Simón Bolívar is one of the main heroes in Latin America history. From 1500 to 1830, most countries in Latin America were part of the Spanish empire. Bolivar was the guy who liberated many countries, including Bolivia, Colombia, Ecuador, Panama, Peru, and of course Venezuela — after all he was Venezuelan! 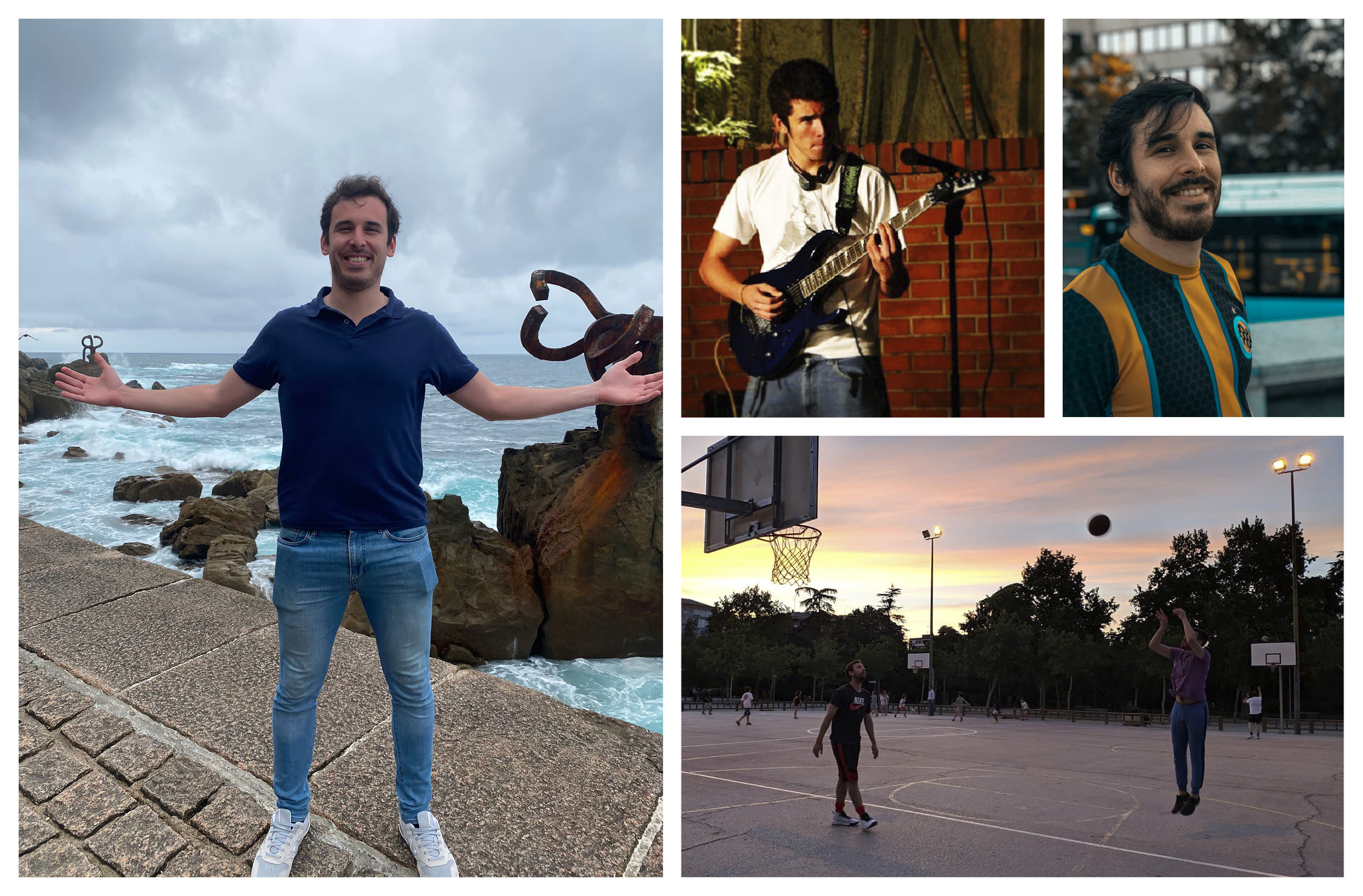 – Why did you move to Spain?

– Well, in crisis times many people go to other countries, looking for a better life. In fact, my father is a son of Italian immigrants who moved to Venezuela after World War II. So I’m part European, and I decided to start afresh in Europe. I chose Spain because of the language, and besides, some of my friends also migrated to Spain.

– How different is your new country? What’s better, and what’s strange?

– Spain is beautiful. Here in Madrid I’m living my life, not just surviving. And Spanish girls are very nice, especially in the south! My girlfriend is from down there (Andalusia), we’ve been together for three years now and we’re going to get married!

As to strange feelings, yes, I don’t feel that it’s my culture. Spanish and Venezuelan people both speak Spanish, but there’s still a cultural barrier, and some words have different meanings. But it’s alright.

It’s great to have the feeling of developing a new life, but feeling alone throughout the process can be tricky. It’s hard to lose someone close — not being able to be with them in their last moments. I sadly lost my grandma when I was already living here. I didn’t say goodbye to her. And I miss being with my parents. I miss them every day. 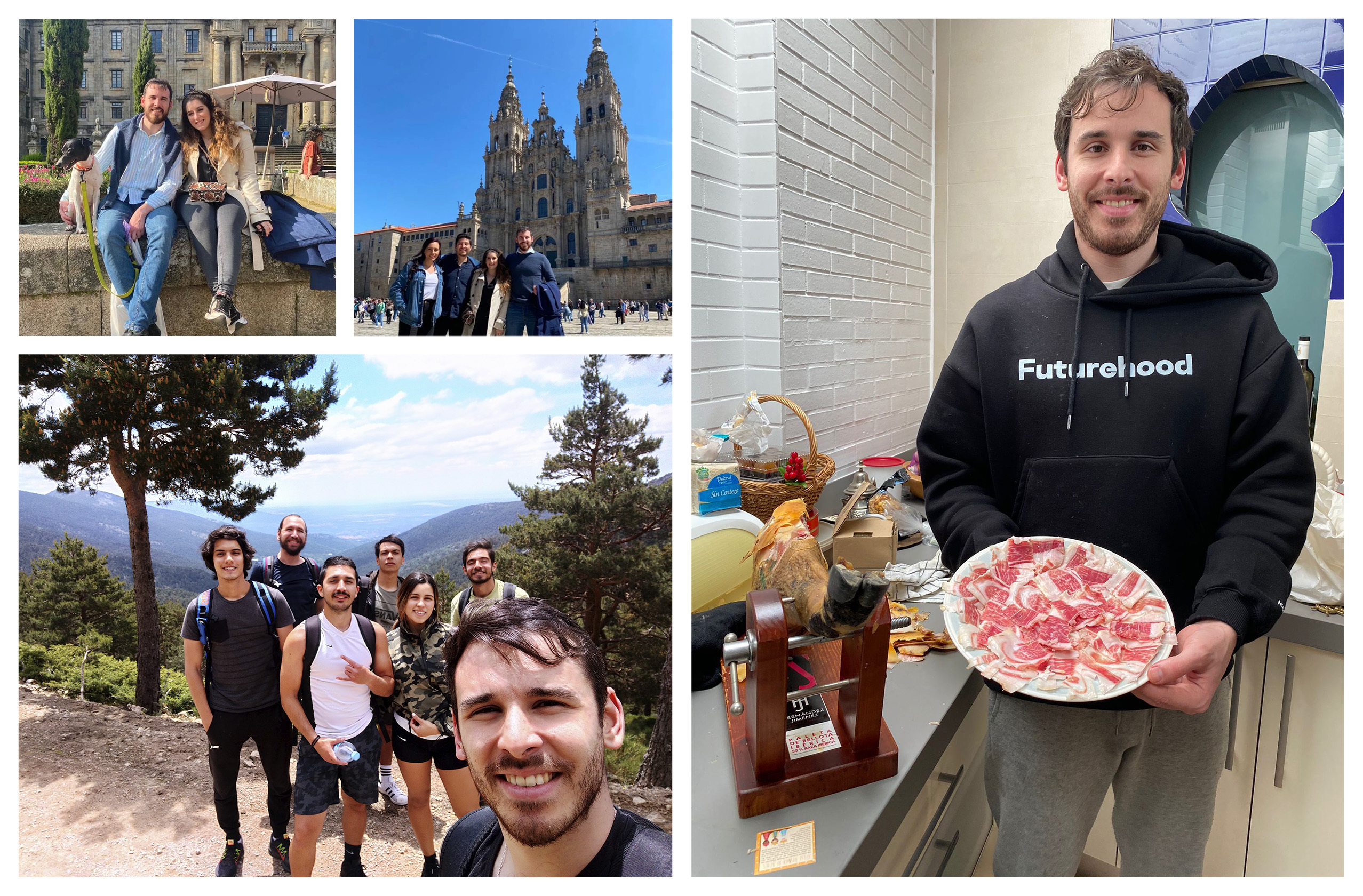 – You said you had a degree in Materials Engineering. But it’s quite far from cybersecurity. What was your reason to go to Kaspersky?

– I’ve known about Kaspersky since I bought my first laptop back in 2014. It came in a bundle with a one-year subscription for Kaspersky Internet Security, and for exactly one year my laptop worked perfectly. Then the license expired. I changed antivirus: mistake! Sure enough my laptop got messed up. I should have known better back then!

While at university, I tried to study computer engineering first, for a few semesters, but I found it wasn’t for me. I was more interested in physics and chemistry at that time.

However, I’ve been always passionate about IT. So when I finished my first internship at a plastic parts factory, I started working for a cryptocurrency company. That’s when I realized that I liked the world of business and corporate sales. So I came to Spain to study for an MBA and to combine both of my passions — business and tech. I was lucky to be selected for the internship in Kaspersky while finishing my MBA degree.

– You started working at Kaspersky during lockdown in Spain. How did the restrictions influence your work?

– Yes, at the beginning it was a bit awkward when you’re not meeting every day with your colleagues in the office. It was comfortable in some ways, but also there was the fear that it would be difficult to collaborate and learn.

I started as Sales Intern for the SMB channel in Iberia. Basically, I had to be the main sales support for all the channel and territory managers, to manage a bunch of stuff related to our CRM, to be in touch with partners, customers and distributors, to do onboarding of new partners, and to solve problems that they might have with the partner portal.

Sure, covid restrictions made my work more difficult, but those restrictions also helped me develop a sense of responsibility, as well as communication skills and the ability to multitask. I learned a lot from my colleagues remotely. And when I finally met my coworkers during our event for partners in Barcelona, it was a bit funny to see them for the first time in person after working together almost a year! 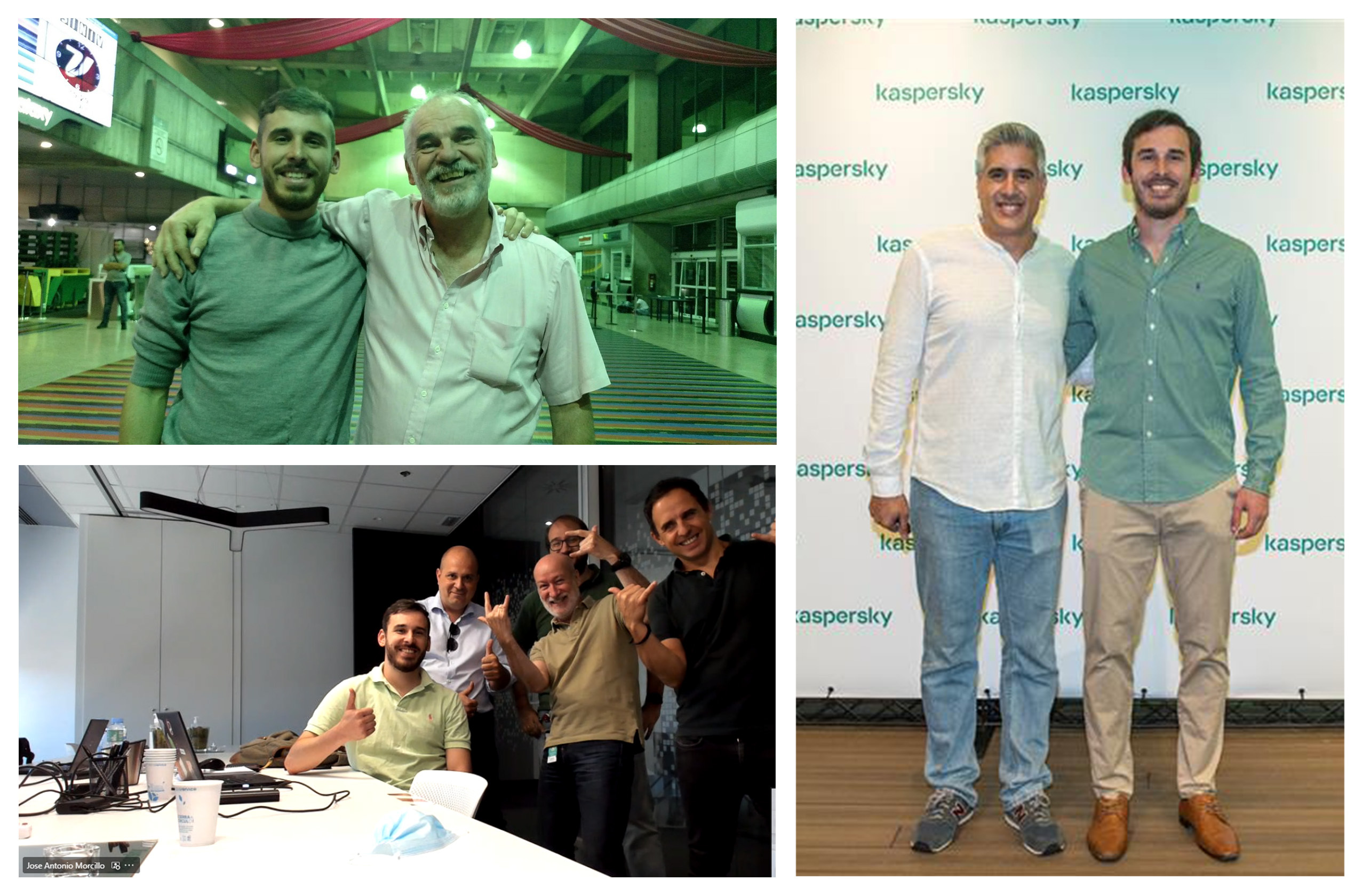 – What are the most common questions that people ask about Kaspersky products when you present these products to them? Did their attitudes change after the Ukrainian conflict started?

– There’s a little bit of everything. There are lots of people who are interested in security technologies: they mostly have questions about product features. Many of them recognize Kaspersky as a market leader — this makes my work easier.

Their main concerns are mostly the same: what if the service stops working or they suffer from some attack, and they need access to support to solve their problems.

Unfortunately, now some people are just scared of the bad reputation that comes along due to the Ukrainian conflict. Some of them say they love our product but their bosses don’t want to be involved with any Russian company. It’s sad to hear because this kind of Russophobia makes no sense.

– Did you ever think your life would be happier if you chose a different company to work for — not a Russian one — for your career?

– Not once! I can say that my Russian colleagues are some of the nicest people I’ve worked with. Since starting work here I’ve felt understood. From the very beginning, they were always helping me learn quick so I could become more productive. It’s something about the organizational culture. There’s no toxic competition — only collaboration and team work. I’ve been welcomed not just to a company but to a warm family. Without a doubt it’s the best company I’ve worked for in my experience so far. And I hope I can stay here and develop my career for many years.

Jeffrey Esposito: “I thought it was a boring industry”

Welcome to our kitchen

We explain a new sneaky technique for stealing passwords, and how to avoid being tricked by a phishing site.