By comparison, a phishing attack makes sense: Click a link, land on a malicious page, enter some details, and an attacker steals them. Try this one on for size, instead: Click a link and an attacker steals your data. That’s right, today we’re talking about malicious pages that exploit a fundamental CPU feature to steal data without requiring a victim to enter anything. And the vulnerability in question is very difficult, if not impossible, to fix.

In 2018, researchers proved the scenario was theoretically possible, unveiling the first two variants of the Spectre vulnerability. Three years later, September 2021 saw the first real-life attack using Spectre v1. Known as Spook.js, the attack concept is complicated, but we will try to strip it down.

News of the first two attacks of this family — Spectre and Meltdown — broke in 2018. The attacks exploited the branch prediction mechanism, which is designed to speed up command execution, found in all modern CPUs. 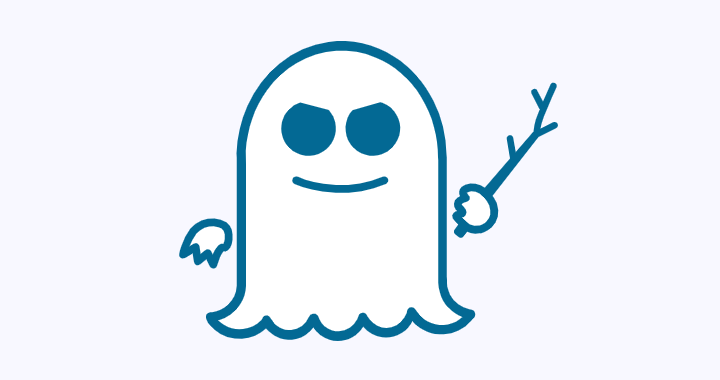 In our example, if the password has been entered correctly a hundred times before, the CPU will assume that this time will be no different. If it guesses correctly, the user gets a performance boost. If not, the CPU discards the speculatively executed instructions and runs the other set.

In a Spectre-vulnerability attack, an attempt is made to read a data area to which the program does not have access. In the first stage of the attack, multiple calls are made to open-access data areas, whereby the branch prediction system is “trained” to perform the forbidden read operation as well. Using branch prediction, the CPU performs the operation in advance because it is used to the program asking to read data that it is actually allowed to read. But a check reveals that the program is prohibited from accessing the data, so the speculatively executed computations are discarded. So far, so good — but the data read by the CPU is stored for some time in the cache, the CPU’s own memory.

Next comes the most interesting part: With no way to read the confidential data from the CPU’s cache directly, the malicious process deploys a so-called side-channel attack to steal it. That involves measuring the speed of access to certain information. If it’s relatively small, that means the data is located in the cache. If large, it is loaded from regular RAM. A set sequence of read attempts results in a leak of the secret information.

The result is a fundamental CPU flaw whose only fix is to disable branch prediction completely, thus seriously affecting performance. That said, Specter attacks do have many limitations:

We might conclude that Spectre isn’t all that dangerous. After all, if an attacker can execute code on a target computer, exploiting one of the many vulnerabilities in the operating system or installed programs to escalate privileges and steal data would be far simpler.

That is true, but modern Web pages also contain large amounts of program code that gets executed on the user’s computer, in the browser. That’s how Spook.js attacks exploit the Spectre v1 vulnerability: An infected page loads, the browser executes the code, and the cybercriminal steals confidential data.

The authors of the report demonstrated some practical attacks. First, they stole a user password from Tumblr. Second, they stole data from Lastpass. Third, they intercepted a user-uploaded image from private storage on a Google server.

A feature of the Google Chrome browser made it all possible. Since the release of information about Spectre, Chrome’s developers have taken measures to ward off potential attacks by forcing websites to load in isolation. Because each website creates its own process, malicious code on one page cannot be used to steal data from another resource. But there is one exception: Multiple pages from the same site or domain are grouped together in a common browser process. If the malicious code (written in JavaScript, hence the .js in the name of the attack) is run on one of them, data on other pages can be stolen.

As a collective blog, Tumblr can host malicious code, at least in theory. That way, with a malicious page open in one tab, if a user tries to log in to their account on the service in another tab, the browser saves and automatically fills in the username and password — which the malicious code can then steal.

By exploiting the Spectre vulnerability, an attack can interact tangentially with another tab from the same site and steal data by indirect means. A successful attack using this approach leaves almost no traces.

The attack on the LastPass password manager was different in that the code to steal data using Spectre v1 was embedded in a malicious extension for Google Chrome. The LastPass extension was also running in the browser. In some cases, the extensions are also executed in a common browser process, making data theft possible.

Another example uses attacks on Google cloud storage: One browser tab contains a malicious page hosted on sites.google.com; another lets users upload images to their private storage in the G Suite service. In this scenario, an attacker can use malicious code to gain access to the images.

Original image (left) and the one stolen from Google cloud storage using a Spook.js attack. Source

Researchers have shown how the attack can be carried out on different CPUs, including several modern ones from Intel and even the new ARM-based Apple M1. In all cases, the attack was accomplished in Google Chrome. In principle, several unique features of the browser make Spook.js possible. Other Chromium-based browsers, such as Microsoft Edge, are also vulnerable to this attack.

However, there are certain limitations. First is the low speed of data theft (400–600 bytes per second, depending on the CPU), which is why the target file in the last demo is very small. Second is the large number of errors when stealing data from the CPU cache. Up to 4% of the data is erroneous; hence the artifacts in the stolen copy of the image.

The attack doesn’t work on AMD processors or in Mozilla Firefox, whose JavaScript engine works differently. The researchers aren’t ruling out the possibility of a successful attack on AMD chips and Firefox browser, but verifying that will require more study.

Finally, an attack requires uploading malicious code to a page with the same domain name, such as in the case of collective blogs or hosting. Applying this method to, say, a bank’s website is probably not going to work.

No reason to panic

The study of Spook.js is important because researchers have, for the first time, been able to demonstrate a fairly realistic scenario for the exploitation of one of the Spectre vulnerabilities. Nevertheless, the chances of a real-world attack are low. First, the developers of Google Chrome, on the back of this research, have beefed up the mechanism for isolating loaded sites from one another. Second, cybercriminals have many easier ways to steal user data, from traditional malware to social engineering, and this one requires serious knowledge of the low-level workings of modern CPUs.

As a scientific work, Spook.js is set to alter the software landscape through the introduction of new recommendations for website security (for example, the authors propose moving authorization pages to a separate domain name). Subsequent studies may find ways to make attacks a little easier, but most likely they will lead to more rounds of security enhancements. Even if Spectre-type vulnerabilities can be exploited en masse, the protection means will be the same as for any malware. Security vendors will simply add the new types of attacks to the list of those to be monitored and blocked before execution.

It’s also possible that one day researchers will stumble upon a feature of Spectre-like vulnerabilities that necessitates a major reworking of the entire modern IT ecosystem. That, however, remains unlikely. Let’s not forget that it took three years to move from a theoretical vulnerability to the first practical attack (and even then, it’s an attack with many limitations).

Spectre may also be used for targeted attacks in which the potential benefit from the stolen data exceeds the costs of the operation. Even if that scenario is relevant to your organization, you can easily make attacks more difficult by using different browsers for different content. For example, do not open pages and Web services with sensitive information in the same browser where you get your online entertainment. Ideally, handle confidential information in an isolated environment, in a virtual machine, or simply on a separate device.