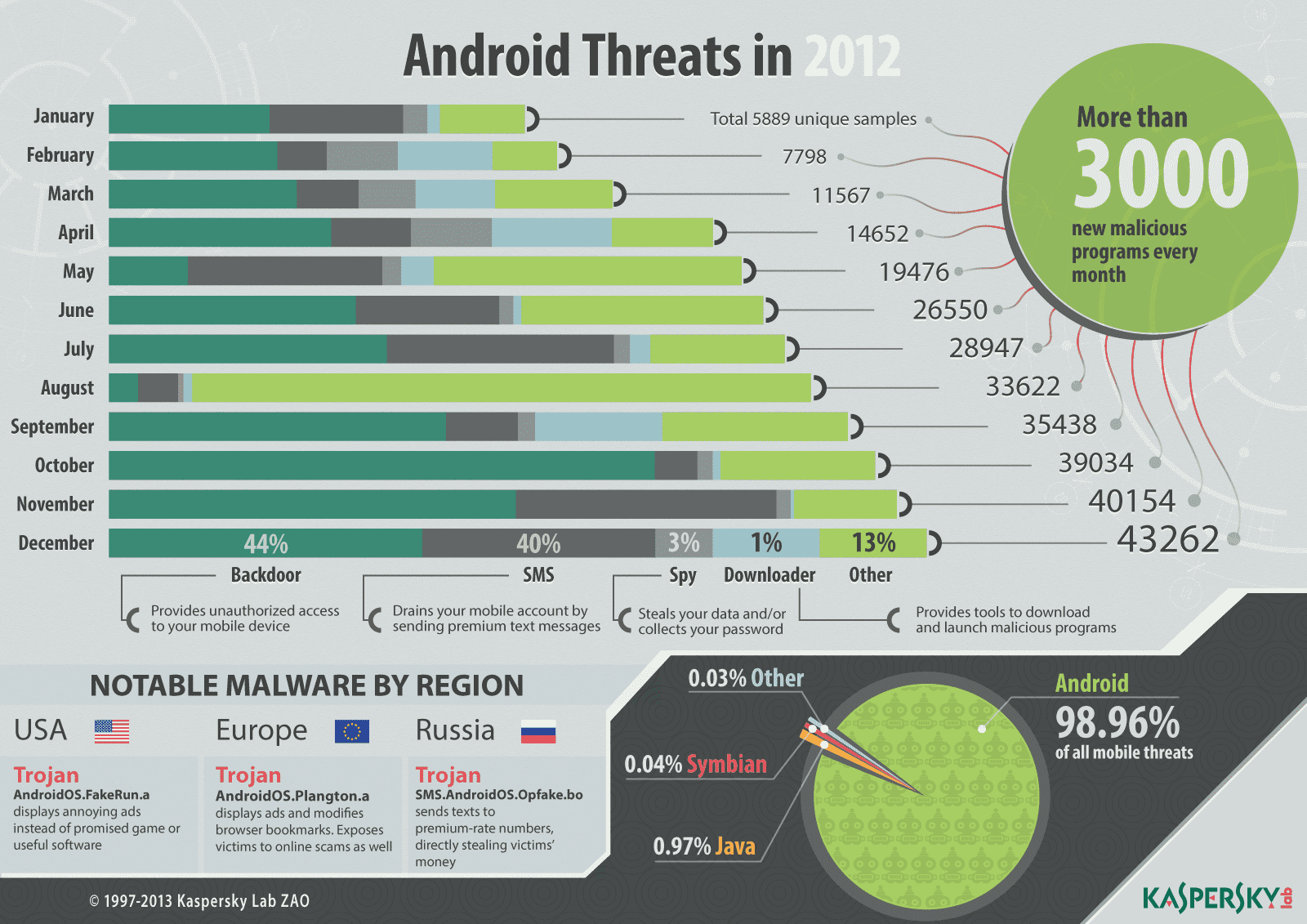 Android devices are ‘under attack’

Throughout 2012, 99% of all mobile malware detected by Kaspersky was designed to target the Android platform. During the year, Kaspersky’s Internet security experts identified more than 35,000 malicious Android programs.

The reasons for the huge growth in Android malware are:

What types of threats are affecting Android devices?

The most widespread malicious objects detected on Android smartphones can be divided into three main groups:

Malware has been found in app stores. During 2012, Kaspersky detected malicious programs in Google Play, the Amazon app store and other third-party app stores.

European and American banks and e-pay systems offer a variety of ways to protect users’ transactions – including authentication using e-tokens, one-time passwords, confirmation of transactions through codes sent to the phone and more.

However, cybercriminals are developing programs that bypass these measures. For example, the Zitmo family of programs is designed to attack a user’s mobile phone and can bypass the two-factor authentication systems used by European banks. These mobile malicious programs work in tandem with Zbot (ZeuS):

Other articles and links related to malware and security