If you own an Android device, you may have heard about the Joker virus before. This type of banking malware was first reported in 2017, and it still lives in countless Android apps in the form of malicious code. For any Android user, it remains a threat to banking security and your finances.

Here's what you need to know about the Joker virus, how it works and what to do if you've been affected by the Joker or another form of Banker Trojan.

What Is The Joker Virus?

The Joker virus falls under the classifications of banking malware. These viruses work by intercepting SMS and simulating clocks, which allows the virus to subscribe unsuspecting users to premium services. You won't know you've been hit until you review your phone or credit card bill and see the extra charges.

For some people, the extra charges can go on for months before they finally look at their bill and realize that they've been signed up for something without their consent. In other cases, the charges may be large enough to raise red flags right away, but getting your money back can still turn into a headache.

How Does the Joker Virus Work?

Depending on how the code is written, the Joker virus can perform all sorts of malicious actions such as install other malicious applications.. The virus itself is hidden within an app--in fact, it's been found inside of hundreds of apps on the Google Play store. Cybercriminals upload apps with Joker virus under all kinds of guises: from wallpaper-changing tools and security solutions to popular games Often, it can be weeks or months before the virus is detected and the app is removed from the Google Play store and it can wreak a lot of havoc before then.

If you download an infected app, it will go to work "behind-the-scenes," gaining access to your contacts, SMS messages and information about your device. Using that data, the virus can sign you up for paid services without your knowledge. It can also interact with advertisements on the web by simulating clicks, which generates revenue for those behind the app.

As you can imagine, the Joker virus is a threat to banking security. If your device is infected, you're almost guaranteed to end up with unauthorized charges on your card and it may be difficult to recover that money. Unfortunately, this type of banking malware is only growing more common and more powerful.

When the virus was first discovered in 2017, it was fairly simple and it primarily worked by signing you up for services via SMS. Today, more advanced versions of the Joker virus can perform online payments in the background, which can cause even greater financial damage.

Where Is the Joker Virus Hiding?

The Joker virus has made many appearances since 2017, but one of the biggest discoveries occurred in September 2020, when it was found hiding inside 24 Android apps. Collectively, these apps had been downloaded nearly half a million times before Google discovered the virus and removed them from the Google Play Store.

Another discovery was made in June 2021, when Google pulled eight apps from the Play Store, and it found another 16 apps just two months later. In October, a trending Squid Game-related app was downloaded over 5,000 times before the virus was discovered. In November, another seven apps were removed due to the presence of the virus, and yet another removal was made in December.

These numbers prove that the Joker malware isn't going anywhere. So, where is it hiding? It's often impossible to know that the virus is inside an app until it's too late, which is why you shouldn't just assume that all apps on the Google Play Store are safe to download.

The reports that Google has released over time show that the Joker malware most often impacts wallpaper apps, messaging applications and PDF scanner apps, but don't assume that you're safe just because you don't have any such apps. Whenever you're downloading from the Google Play Store, use your due diligence and report anything suspicious. 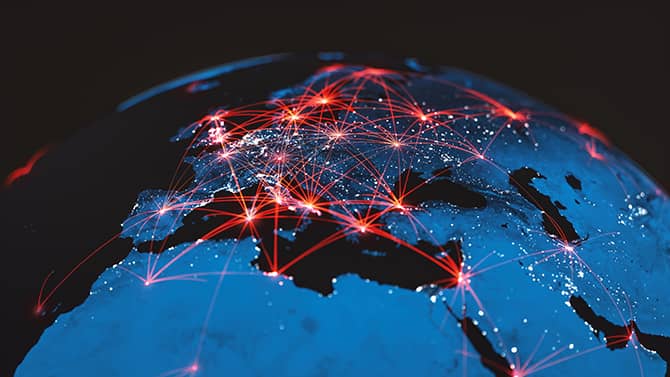 Tips To Protect Your Smartphone

Unfortunately for developers, one of the biggest tips you can follow to help avoid malware is to avoid new apps. Waiting a while before you download an app will give Google and other users the chance to confirm that it's safe.

As such, you should try not to download apps that have just been uploaded and you should always read reviews. Of course, if there's a developer that you trust, then you don't need to wait, just make sure you know what you're getting.

When you download a new app, it's going to ask permission to gain access to certain features or information, like your camera or contacts list. The former makes total sense if you've just downloaded a PDF scanner, but does it need to view your contacts?

The best way to keep yourself safe is to avoid suspicious apps and report suspicious activity. If the permissions an app asks for are not reasonable based on the app's functionality, you should uninstall the app and report it.

To keep your data safe, you should routinely go through and uninstall applications that you no longer use. In doing so, you're able to remove any potentially malicious code hiding inside those apps and you can protect yourself from any vulnerabilities they might create as they become outdated.

You should also stay on top of Google's security announcements and familiarize yourself with the latest threats. Likewise, make sure that all of your other devices are secured. Viruses can penetrate your network and infect computers, printers and other devices in your home, which is why it's important to have a good security suite like Kaspersky.

It's not just the Joker virus that you need to look out for. Kaspersky protects you from all major threats, including trojans, spyware and malware. Learn how Kaspersky Mobile Security and Kaspersky VPN can help you stay ahead of emerging threats across all of your devices.

Is The Joker Virus Hiding in Your Mobile Apps?

Kaspersky
If you own an Android device, you may have heard about the Joker virus before. Here's what you need to know (and do) to keep yourself safe.

The 10 biggest online gaming risks and how to avoid them

How parents can address the dangers of doxxing

Ransomware protection: How to keep your data safe in 2022